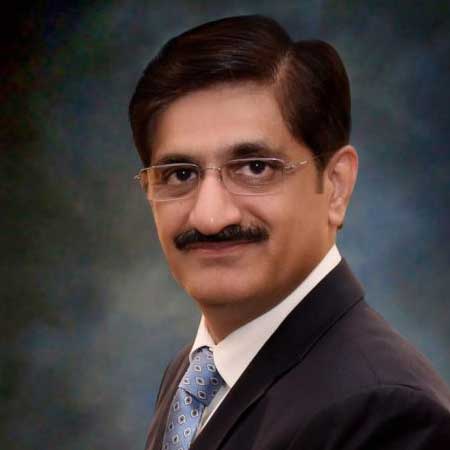 Syed Murad Ali Shah delivering his maiden speech as a chief minister has said that law & order, health services, and education would be the top priorities of his government. ” I’m focused and have clear targets to make Sindh safe, secure, healthy, wealthy, and literate.” This he said while giving a policy statement just after his election as the new leader of the house in Assembly today. Remembering his parents, Syed Murad Ali Shah wished that his parents had witnessed that special moment, ” but I know that they are around in spirit. My mothers’ blessings and my father’s guidance have brought me to where I’m today,” he said and added that he might not be able fill his father Syed Abdullah Shah’s shoes but was committed to follow where they tread. The new chief minister said he was missing his leader Shaheed Benazir Bhutto. ” Her constant presence in my life; her persistence guidance and her trust in me as she made me a member of the Central Executive Committee of PPP. He said Shaheed Benazir Bhutto’s contribution to put democracy on track and to strengthen democratic forces in a country where continuous undemocratic takeovers had weakened institutions stand unmatched in history.

Syed Murad Ali Shah said “as we enter into a new phase of governance, I feel strongly in continuation of policies with particular focus on three key areas,” he said added “the first of these is law & order – without which no sustainable progress can be achieved. The second is healthcare- a basic right of every citizen and the third is education which will be the most important investment in our future,” he said. Talking about law & order, the new chief minister said “the role of all law enforcement agencies, civil and military, is truly commendable, however, much more needs to be done,” he vowed and said his focus would be to fight against anyone and anything that threatened to the security of this province and it’s people. The new chief minister said that his aim was to ensure that every citizen of this province must feel safe. “Every child that is born is healthy and every mother is strong enough to nurture her child. He also said “I see this province where parents would have no difficulty in educating their children and the young would be able to receive quality education and job opportunities according to their abilities.